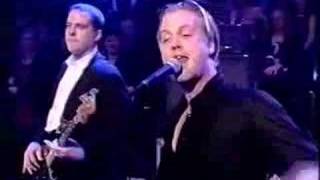 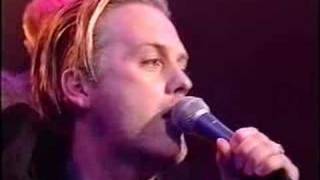 
Babybird are an English rock band formed by songwriter and multi-instrumentalist Stephen Jones, who has been releasing music since 1995. While Jones' early solo work was released under the "Baby Bird" name, the altered "Babybird" was first used to distinguish the full band line-up that has changed often over the years. However, in recent years, Jones has recorded many of the Babybird albums himself, in addition to recording as a solo artist, and under various aliases including Death Of The Neighbourhood, Trucker, Black Reindeer, Deluder, Arthritis Kid and others.


Stephen Jones started writing and recording songs at home and his first collection of these demos, I Was Born a Man, was released in July 1995 using the name Baby Bird. He formed a band in order to tour and promote this work. In 1996, Babybird signed to Echo Records and their first single was released in July 1996. Babybird were dropped from their record label in 2000 after their third album, Bugged, had poor sales. The band then split. Jones continued on his own, writing fiction, releasing solo work and created the score for the film Blessed . In October 2005, the band reformed with three members and created the album Between My Ears There Is Nothing But Music, released in September 2006. They went on tour in November 2009 and then split again in 2013. After a number of Babybird releases on Bandcamp from 2015, Jones took the band back out on tour in late 2017 with a new line up. A compilation album Happy Stupid Nothing was released in 2019, featuring a selection of Babybird tracks from 2015 onwards.


Jones had begun writing songs and recording home demos as part of an experimental theatre group in Nottingham. A collection of these demos, I Was Born a Man, was released in July 1995, under the name Baby Bird. He recruited a band made up of Huw Chadbourn , Robert Gregory , John Pedder and Luke Scott , in order to tour and promote his work.


During 1995, two further albums of demo recordings were released under the name Babybird and two in 1996 . Babybird were signed to Echo Records , and the first authentic single, a full-band recording of "Goodnight", which had appeared in demo form on Fatherhood, was released in July 1996, becoming a minor hit in the UK Singles Chart.


The group's second single, "You're Gorgeous", reached number 3 in the UK in October 1996, and was one of the biggest selling singles of the year, going on to chart around the world. However, it presented a more commercial face to the public in comparison to Jones's earlier work, as well as in comparison to the rest of the material on the Ugly Beautiful album. The album produced two more hit singles in "Candy Girl" and "Cornershop".


In 1997 the band returned to the studio, with producer Darren Allison. They recorded two new tracks - a brand new version of Bad Shave, and a re-working of CFC. These new tracks were included on the 1997 U.S.A. release of Ugly Beautiful.


This article uses material from the Wikipedia article "Babybird", which is released under the Creative Commons Attribution-Share-Alike License 3.0.