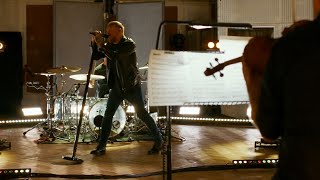 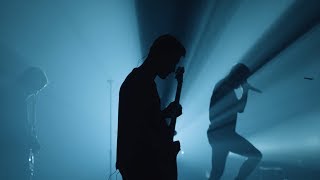 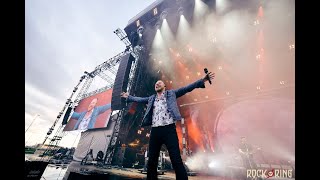 
Architects are a British metalcore band from Brighton, East Sussex, formed in 2004 by twin brothers Dan and Tom Searle. The band now consists of Dan Searle on drums, Sam Carter on vocals, Alex Dean on bass, and Adam Christianson and Josh Middleton on guitars. They have been signed to Epitaph Records since 2013.


Strongly influenced by bands such as The Dillinger Escape Plan, the sound of their first three albums was coarse, chaotic, and rhythmically complex. In 2011, Architects went in a more melodic post-hardcore direction with The Here and Now, alienating some of their fanbase. The following year, they returned towards their original style with Daybreaker, establishing a balance of melody and technical harshness while introducing more politicised lyrics. With the release of their sixth album Lost Forever // Lost Together in 2014, the band achieved lasting popularity and critical acclaim.


Soon after the release of their seventh album, All Our Gods Have Abandoned Us, in 2016, guitarist and principal songwriter Tom Searle died after three years of living with skin cancer, making Dan Searle the only original band member. In September 2017, the band released the single "Doomsday", the last song he was working on before his death, and announced Middleton as their new lead guitarist. The single is featured on Holy Hell, their first album recorded without Tom Searle, which was released in November 2018. Their ninth studio album, For Those That Wish to Exist, was released on 26 February 2021, it also became their first chart-topper on the UK Albums Chart.


All of the original members of Architects grew up around Brighton, East Sussex and were very active within the local music scene prior to forming the band. Sam Carter, who was a drummer and studied drums at the Brighton Institute of Modern Music before joining the band, had performed in multiple local bands as a drummer and sometimes a singer; one of these bands had supported Enter Shikari in Brighton.


Architects was founded in 2004 by drummer Dan Searle and his twin brother, guitarist Tom Searle. The project was called "Counting the Days" until it blossomed into what is now known as "Architects" with original vocalist Matt Johnson, guitarist Tim Hillier-Brook and Tim Lucas on bass guitar. In 2005, the band released a demo which would contain their first recorded material under the name of Architects. It was made available only for family and select friends, and a copy was later auctioned for charity in 2021.


In 2006, the band's original bassist, Tim Lucas, decided to leave the band to pursue his academic career. He was replaced by Alex Dean. The band had traveled around the UK on many tours supporting a number of different bands in support of their debut album Nightmares. Because of the age of the band members in the early years they had to book weeks of holiday off at college to do tours round the country. Just six months after the release of Nightmares, Architects original vocalist Matt Johnson left the band.


This article uses material from the Wikipedia article "Architects", which is released under the Creative Commons Attribution-Share-Alike License 3.0.