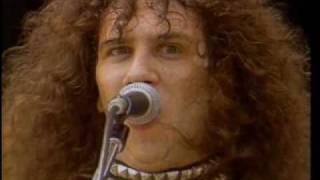 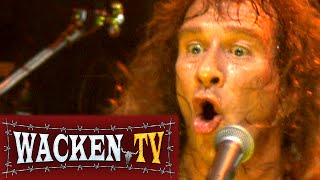 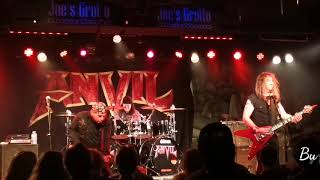 
Anvil is a Canadian heavy metal band from Toronto, Ontario, formed in 1978. The band currently consists of founding members Steve "Lips" Kudlow , Robb Reiner , and Chris Robertson . As of 2021, the band has released eighteen studio albums, and has been cited as having influenced many notable heavy metal groups, including Megadeth, Slayer, Anthrax, and Metallica.


Reviewers have described Anvil as a pioneering heavy metal band that was popular in the 1980s but then faded into obscurity in the 1990s, while refusing to stop playing, recording, and gigging. Anvil's antics on and off stage, the setbacks they suffered, and their determination to keep going have been compared to the fictional band Spinal Tap.


Anvil began in April 1973 in Toronto, when high school friends Steve "Lips" Kudlow and Robb Reiner began playing music together. They met through a friend, guitarist and neighbour Marty Hoffman, but "musical differences" caused his departure after their first show. In 1978, the first full line-up of the band included Kudlow , Reiner , Dave "Squirrely" Allison , backing vocals), and Ian "Dix" Dickson . At this point, the band was called Lips.


In 1981, the band released an independent album called Hard 'N' Heavy. Shortly after, they were signed by Attic Records and changed their name to Anvil. Their independent album was released by Attic as their debut album for the company. Following its release, British rock musician Lemmy asked Kudlow to play guitar for Motörhead, to replace "Fast" Eddie Clarke, but Kudlow declined.


By 1983, Aerosmith manager David Krebs and assistant Paul O'Neill had signed a managing contract with Anvil and convinced Attic to release the band from its contract, so the band could sign with a major label. However, after initial interest, Krebs eventually stopped returning phone calls and did not get the band a major label recording contract; he released the band in mid-1986.


In 1987 the band was signed by American label Metal Blade Records by William Howell, a fan who would become a DJ with KNAC radio. The band released three records with Metal Blade, starting with Strength of Steel, which was the group's most commercially successful record in the United States, peaking at No. 191 on the Billboard 200.


This article uses material from the Wikipedia article "Anvil", which is released under the Creative Commons Attribution-Share-Alike License 3.0.