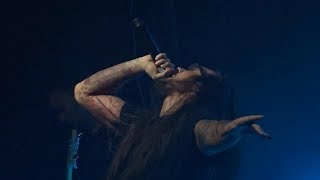 
Up to date Annisokay released two demo-CDs, an EP and four studio albums: The Lucid Dream was originally self-released in 2012 and was re-released in 2014 when the band signed a label deal with SPV GmbH. The follow-up record Enigmatic Smile was released in March 2015 and peaked at no. 68 in the German albums charts.


Annisokay toured Germany several times and played alongside acts like Silverstein, Callejon and Eskimo Callboy. They played at 2014s edition of Summer Breeze Open Air and at Mair1 Festival in Montabaur.


The band was founded in 2007 in Halle, Saxony-Anhalt, Germany. In 2008 and 2009 the band released two demo CDs with My Ticket to Reno and The Point You Will Still Miss. In 2010 the band produced and released their first official EP called You, Always which was available as CD and Download. The band covered the song "Telephone" originally performed by Lady Gaga which was never released officially.


On September 2, 2012 the band released a music video for a song called "Sky" which was a single for the debut record which was released on October 1, 2012. This album is called The Lucid Dream and was mastered by Joey Sturgis who had worked with acts like We Came as Romans, Emmure and Asking Alexandria in the past. The album was produced by Christoph Wieczorek in his own recording studio Sawdust Recordings and by Aljosha Sieg at Pitchback Studios. Since the band's inception the band toured together with acts like Upon This Dawning, Intohimo, Broadway and His Statue Falls.


In 2013, Annisokay got signed to Radtone Music to release the album in Japan. On June 28, 2013, the band played Mair1 Festival in Montabaur and played together with acts like Boysetsfire, Deez Nuts, Silent Screams and Bury Your Dead. In the end of July the band toured Germany for the first time as headline act. The tour started in Venray, Netherlands which was their first international gig.


In January 2014, the band was part of the We Are the Mess Tour headlined by Eskimo Callboy. The tour went through cities such as Cologne, Berlin, Munich and Hamburg. Just few days before tour started the band announced flying to the USA sometime in 2014 to start working with Joey Sturgis for their second record.


This article uses material from the Wikipedia article "Annisokay", which is released under the Creative Commons Attribution-Share-Alike License 3.0.