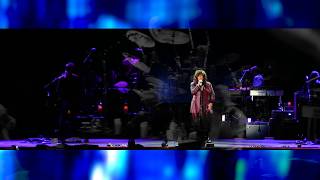 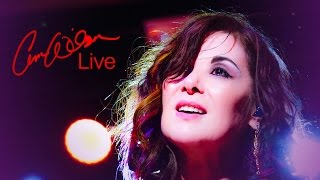 
Ann Dustin Wilson is an American musician, best known as the lead singer and songwriter for the rock band Heart. Wilson was listed as one of the "Top Heavy Metal Vocalists of All Time" by Hit Parader magazine in 2006. Wilson has a dramatic soprano vocal range.


Ann Dustin Wilson was born in San Diego, California. Her father was a major in the U.S. Marine Corps. Due to her father's military career, the Wilson family moved frequently. They lived near American military facilities in Panama and Taiwan before settling in Seattle, Washington, in the early 1960s. To maintain a sense of home no matter where in the world they were residing, the Wilsons turned to music. "On Sunday we'd have pancakes and opera," her sister Nancy Wilson recalled. "My dad would be conducting in the living room. We'd turn it way up and rock. There was everything from classical music to Ray Charles, Judy Garland, Peggy Lee, bossa nova, and early experimental electronic music."


Wilson's family eventually settled in Bellevue, a suburb of Seattle, Washington. In 1968, she graduated from Sammamish High School. Shy because of a stutter, Wilson sought fulfillment in music. In the early 1970s she joined a local band, White Heart, which changed its name to Hocus Pocus, and then in 1974 to Heart.


In 1973, her younger sister Nancy joined Heart, and the band moved to Canada. Heart recorded their first album Dreamboat Annie in Vancouver in 1975. It was released in the United States in 1976, with "Magic Man" becoming Heart's first Top 10 hit in the United States, peaking at No. 9 on the Billboard Hot 100, and "Crazy on You" hitting number 35. Both songs were co-written by Ann and Nancy Wilson. In 1977, Little Queen was released, and in 1978, Dog & Butterfly. In 1992, Wilson appeared on Alice in Chains' EP Sap; she sang on "Brother" and "Am I Inside". In 1993, Alice in Chains singer Layne Staley contributed to vocals on "Ring Them Bells", a Bob Dylan cover from Heart's album Desire Walks On. In addition, Alice in Chains bassist Mike Inez and touring guitarist Scott Olson appeared on Heart's 2003 release Alive in Seattle.


The Wilson sisters started a recording studio, Bad Animals, in Seattle in the mid-1990s. They formed a side band, the Lovemongers, which performed "The Battle of Evermore" on the 1992 soundtrack to the Cameron Crowe movie Singles, and later released a four-song EP. The Lovemongers' debut album Whirlygig was released in 1997.


This article uses material from the Wikipedia article "Ann Wilson", which is released under the Creative Commons Attribution-Share-Alike License 3.0.