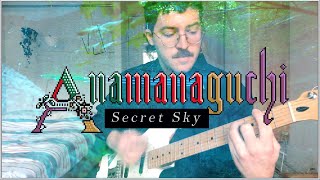 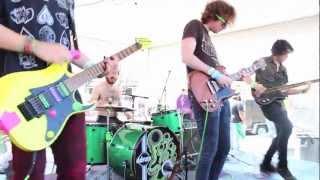 
Anamanaguchi combines digital electronic sounds such as those seen in chiptune and bitpop with traditional band instrumentation. As with other chiptune artists, they have created music using video game hardware from the mid- to late 1980s: namely a NES and a Game Boy. Berkman has stated that their music is not solely influenced by video game music and that much of it is inspired by "imple pop stuff, like Weezer and the Beach Boys," as well as Janet Jackson.


Berkman stated that his top three influences in order would be "Tim & Eric and that absurd comedy, Japanese music and video games." "Ultimately, Berkman's interest in Japanese pop culture is at the root of his interest in video games."


The origin of the band's name is unclear. In one interview, Berkman said the name "Anamanaguchi" came about from a member in one of his former bands pronouncing gibberish in the style of Jabba the Hutt. On several other occasions, the band has explained that their name came about after the members worked as interns at Armani , Prada , and Gucci while studying fashion at Parsons School of Design . People began calling them the "Armani-Prada-Gucci boys," which eventually was elided into "Anamanaguchi."


The band formed in Chappaqua, NY where Peter Berkman & James DeVito were classmates. Through events such as Pulsewave NYC they formed a relationship with the netlabel 8bitpeoples and subsequently released their debut the Power Supply EP in August 2006. The track "Helix Nebula" was featured as the theme song of the former GamesRadar podcast TalkRadar.


This article uses material from the Wikipedia article "Anamanaguchi", which is released under the Creative Commons Attribution-Share-Alike License 3.0.