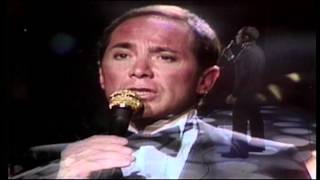 
Michael Steven Bublé OC OBC is a Canadian singer, songwriter, and record producer. His first album reached the top ten in Canada and the United Kingdom. He found a worldwide audience with his 2005 album It's Time as well as his 2007 album Call Me Irresponsible – which reached number one on the Canadian Albums Chart, the UK Albums Chart, the US Billboard 200, the Australian ARIA Albums Chart and several European charts. Bublé's 2009 album Crazy Love debuted at number one on the US Billboard 200 after three days of sales, and remained there for two weeks. It was also his fourth number one album on Billboard's Top Jazz Albums chart. His 2011 holiday album, Christmas, was in first place on the Billboard 200 for the final four weeks of 2011 and the first week of 2012, totalling five weeks atop the chart, it also made the top 5 in the United Kingdom. With this, Christmas became his third-consecutive number-one album on the chart. To Be Loved was released in April 2013. Bublé has sold over 75 million records worldwide, and won numerous awards, including four Grammy Awards and multiple Juno Awards. Bublé is a dual citizen of Canada and Italy.


Michael Steven Bublé was born in Burnaby, British Columbia, Canada on September 9, 1975, the son of Lewis Bublé, a fisherman from Trogir of Croatian ethnicity, and Amber . Bublé's grandparents were originally from Istria. Bublé stated: " some say we're Yugoslavian, others that we're Italian." He has two younger sisters, Brandee, a children's book author, and Crystal, an actress. He and his siblings were raised Roman Catholic. He attended Seaforth Elementary School and Cariboo Hill Secondary School.


According to an Oprah Winfrey interview on October 9, 2009, Bublé dreamed of becoming a famous singer since he was two. When he was a teenager, he slept with his Bible and prayed to become a singer. His interest in jazz began at around age five when his family played Bing Crosby's White Christmas album.


The first time his family noticed his singing talent was during the Christmas holidays, when Bublé was 13 years old, and they heard him powerfully sing the phrase "May your days be merry and bright" when the family was singing to the song "White Christmas" on a car ride.


Bublé also has a strong passion for ice hockey and wanted to become a professional hockey player for the Vancouver Canucks growing up, but believed he was not good enough. "I wanted so bad to be a hockey player... If I was any good at hockey, I probably wouldn't be singing right now." He often played hockey in his youth, watched Vancouver Canucks games with his father, and said that he "went to every single home game as a kid... I remember I wanted to be Gary Lupul, I wanted to be Patrik Sundstrom and Ivan Hlinka. I used to think that being named Michael Bublé was pretty cool because I was close to being called Jiri Bubla." Bublé shared his hockey interest with his grandfather.


From the age of 14, Bublé spent six years working during the summer as a commercial fisherman with his father and crewmates. He called the experience "the most deadly physical work I'll ever know in my lifetime. We'd be gone for two, sometimes three months at a time and the experience of living and working among guys over twice my age taught me a lot about responsibility and what it means to be a man."


This article uses material from the Wikipedia article "Michael Bublé", which is released under the Creative Commons Attribution-Share-Alike License 3.0.