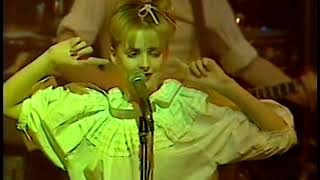 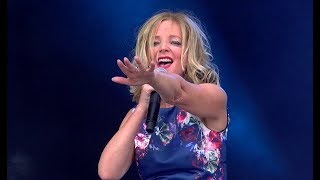 
Altered Images are a Scottish new wave/post-punk band who found success in the early 1980s. Fronted by singer Clare Grogan, the group branched into mainstream pop music, having six UK top-40 hit singles and three top-30 albums from 1981 to 1983. Their hits include "Happy Birthday", "I Could Be Happy", "See Those Eyes", and "Don't Talk to Me About Love".


Former schoolmates with a shared interest in the UK post-punk scene, Clare Grogan , Gerard "Caesar" McInulty , Michael "Tich" Anderson , Tony McDaid , and Johnny McElhone , were all members of the Siouxsie and the Banshees official fan club. When they learnt the Banshees were going to play in Scotland, they sent a demo tape to Billy Chainsaw, who managed the official Siouxsie fan club, with a note asking "can we support them on tour?". The Banshees gave the band a support slot on their Kaleidoscope British tour of 1980. Altered Images's name referred to a sleeve design on the Buzzcocks' single "Promises", and was inspired by Buzzcocks vocalist Pete Shelley's constant interfering with the initial sleeve designs.


After being championed by BBC Radio 1 DJ John Peel, for whom they recorded a radio session in October 1980, they garnered enough attention to be offered a recording contract with Epic Records, but mainstream success was not immediate; their debut single, "Dead Pop Stars", reached only number 67 in the UK Singles Chart, while its successor, "A Day's Wait" stalled outside the top 100. "Dead Pop Stars" was particularly controversial at the time, sung from the viewpoint of a "has-been" icon with irony, but badly timed in its release shortly after John Lennon's death, even though the song was written and performed before his death. A dance remix of it with different lyrics was recorded and released as the 1982 single "Disco Pop Stars". After these singles and their first two sessions for John Peel, Caesar left and formed The Wake.


With additional guitarist Jim McKinven , they recorded their debut album, Happy Birthday , largely produced by Steven Severin of Siouxsie and the Banshees. The band also worked briefly with producer Martin Rushent for the title track, which became the band's third single and their biggest hit. The song reached number 2 in the UK in October 1981, catapulting the band to fame. They quickly became established as a major new wave act, and were subsequently voted Best New Group at the NME Awards and Most Promising New Act in the 1981 Smash Hits readers poll.


After a successful headlining tour, the band retained Rushent as their producer and released their second album, Pinky Blue, in May 1982. It reached the top 20 of the UK Albums Chart and provided three more top-40 hit singles with "I Could Be Happy", "See Those Eyes", and the title track, but was perceived as a disappointment by the British press. "I Could Be Happy" was the group's only foray onto the US charts, with the single peaking at number 45 on the Billboard Dance Chart.


Later that year, after McKinven and Anderson left to be replaced by multi-instrumentalist Steve Lironi , the band began working on their third album with producer Mike Chapman. The collaboration provided them with another Top 10 hit, "Don't Talk to Me About Love", in spring 1983 and the subsequent album, Bite, was released in June. Half of the album was produced by Chapman, and half by Tony Visconti. Although it reached the top 20 of the UK Albums Chart, the album sold less than the band's two previous offerings . Before breaking up later that year, Altered Images went on another concert tour that included the band's American debut at the Golden Bear in Huntington Beach, California, on Thursday, 11 August 1983.


This article uses material from the Wikipedia article "Altered Images", which is released under the Creative Commons Attribution-Share-Alike License 3.0.