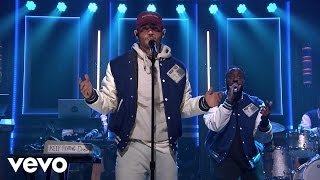 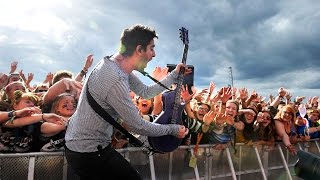 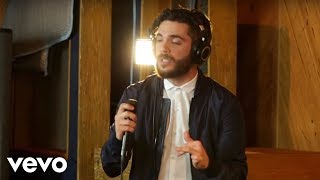 About All Time Low


All Time Low is an American rock band from Towson, Maryland formed in 2003. Consisting of lead vocalist/rhythm guitarist Alex Gaskarth, lead guitarist Jack Barakat, bassist/backing vocalist Zack Merrick, and drummer Rian Dawson, the band took its name from lyrics in the song "Head on Collision" by New Found Glory. The band has consistently done year-long tours, has headlined numerous tours, and has appeared at music festivals including Warped Tour, Reading and Leeds, and Soundwave.


Beginning as a band in high school, All Time Low released their debut EP, The Three Words to Remember in Dealing with the End EP, in 2004 through local label Emerald Moon. Since then the band has released eight studio albums: The Party Scene , So Wrong, It's Right , Nothing Personal , Dirty Work , Don't Panic , Future Hearts , Last Young Renegade , and Wake Up, Sunshine . They released their first live album, Straight to DVD, in 2010, and released their second live album, Straight to DVD II: Past, Present and Future Hearts, on September 9, 2016.


Formed while still in high school in 2003, All Time Low began covering songs by pop punk bands such as Blink-182. The band's line-up included Alex Gaskarth on vocals, Jack Barakat on guitar, TJ Ihle on lead guitar and backing vocals, Chris Cortilello on bass, and Rian Dawson on drums. Cortilello and Ihle left the band, resulting in the band laying dormant until Zack Merrick joined on bass and Gaskarth picked up guitar. They released a four-song EP in November before signing to Emerald Moon Records in 2004. They released their second EP, titled The Three Words to Remember in Dealing with the End EP later that same year. The band released their debut studio album, The Party Scene, in July 2005.


In December, it was announced that the band was no longer signed, but were attracting attention from a number of record labels. In late 2006, the band performed a showcase for John Janick the founder of record label Fueled by Ramen. They were not signed because Cute Is What We Aim For had recently been taken on by the label, which was not in a position to sign another band at the time. The band was brought to the attention of Hopeless Records by fellow touring band Amber Pacific; on March 28, 2006, it was announced that All Time Low had signed with Hopeless. The band said in an interview that they were starting to get serious about music while in their senior year of high school; following their graduation, the members focused on the group full-time, and released the Put Up or Shut Up EP in July. The EP entered the Independent Albums chart at No. 20 and the Top Heatseekers at No. 12.


All Time Low began a busy tour in support of the EP in late 2006. After the tour, the band began writing material for their second studio album.


In the summer of 2007, All Time Low played the Vans Warped Tour on the Smartpunk Stage. They made their live debut in the UK in late 2007 supporting Plain White T's. All Time Low released their second studio album So Wrong, It's Right in September 2007. It peaked at No. 62 on the Billboard 200 and No. 6 on the Independent Albums chart. The second single from the album, "Dear Maria, Count Me In", which was written about a stripper, became the band's first single to reach the charts and peaked at No. 86 on the Pop 100. In 2011, the single was certified Gold for 500,000 shipments.


This article uses material from the Wikipedia article "All Time Low", which is released under the Creative Commons Attribution-Share-Alike License 3.0.