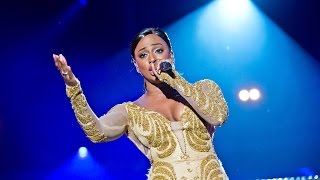 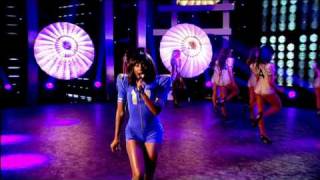 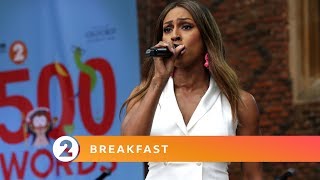 
Alexandra Imelda Cecelia Ewen Burke is a British singer, songwriter and actress. She won the fifth series of the British television series The X Factor in 2008, and has been signed to Epic Records, RCA Records and Syco Music.


After winning The X Factor, Burke released the winner's single "Hallelujah", which became the European record holder for single sales over a period of 24 hours, selling 105,000 in one day, and became the top-selling single of 2008 in the UK and the UK's Christmas 2008 number one. By January 2009, the single had sold over one million copies in the UK alone, a first for a British female soloist. In 2009, Burke released her debut album, Overcome, which debuted at number one on the UK Albums Chart and spawned four number-one singles on the UK Singles Chart and the Irish Singles Chart—"Hallelujah", "Bad Boys", "All Night Long" and "Start Without You"—and the album became one of the most successful albums of that year in the UK. The singles released from the album earned her three BRIT Award nominations. The album saw the release of UK top 10 hit, "Broken Heels" and "The Silence". "Elephant" was released as Burke's comeback single in February 2012, and "Let It Go" served as the second single and Burke's second album, Heartbreak on Hold, was released in June 2012.


In June 2014, Burke replaced Beverley Knight in the lead role of Rachel Marron in the West End musical The Bodyguard, at the Adelphi Theatre, touring with the production in 2015, 2016, 2018 and 2019. In 2016, Burke commenced a 12-month residency in Sister Act The Musical, leading the cast as Deloris Van Cartier. In 2017, she took part in the BBC show Strictly Come Dancing. That same year, Burke signed a record deal with Universal Music Group's Decca Records. Her third album, The Truth Is, was released in March 2018.


Alexandra Burke was born in Islington, London on 25 August 1988, daughter of David Burke and Melissa Bell . Her mother was a soul and R&B singer, and featured as a singer in the band Soul II Soul. She is of Afro-Jamaican, Irish Jamaican and Indo-Jamaican descent.


Burke has four siblings, Sheneice, David Jr, Aaron and Jahzeel. Burke shares the middle names Cecelia Ewen with her mother and her sister, Sheneice. Burke said that she had to grow up very fast, at a very young age as her mother was always touring with her band and that she had to look after her young brother, which included taking him to and picking him up from school. Burke's parents broke up in 1992, while she was still young, but the pair continued to co-parent their children.


Burke began dance classes at a very early age, and began singing when she was as young as five years old. She went on to sing on stage at Bahrain when she was only nine years old, where she sang with her mother, who was still in band Soul II Soul.


This article uses material from the Wikipedia article "Alexandra Burke", which is released under the Creative Commons Attribution-Share-Alike License 3.0.