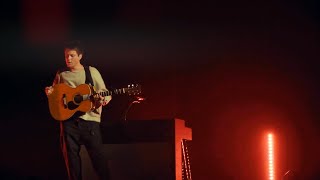 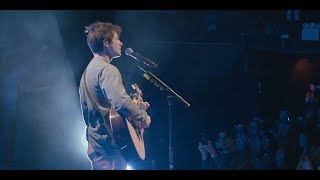 Alec Shane Benjamin ) is an American singer-songwriter from Phoenix, Arizona. His 2018 breakthrough single "Let Me Down Slowly" reached the top 40 in over 25 countries and it has amassed over 1 billion streams on Spotify as of April 2022. Benjamin primarily writes and sings songs in English, but has versions of his songs "Older", "The Way You Felt", "Water Fountain", "Devil Doesn't Bargain", and “Shadow of Mine” in Mandarin Chinese.


Benjamin was born and raised in Phoenix, Arizona, but lived on Long Island, New York during kindergarten and first grade.


He has a sister for whom he wrote his song "If We Have Each Other".


Initially, Benjamin signed to Columbia Records, while still enrolled at University of Southern California. However, Columbia Records ended their partnership weeks after he submitted his album. Despite this, he went on a self-funded tour in Europe to open for Marina Kaye in France and Lea in Germany. He promoted his music by performing in parking lots outside of concert venues and handing out business cards.


Benjamin's song "I Built a Friend" was used as backing material for Merrick Hanna's contemporary dance audition in the 12th season of America's Got Talent. In addition, Hanna used Benjamin's cover of Ruth B's "Lost Boy" for his live quarter-final performance later in the season.


Benjamin's mixtape Narrated for You reached number 127 on the US Billboard 200 in 2019. The mixtape features the songs "Water Fountain" and "Let Me Down Slowly", the latter of which was later re-released as a single with Alessia Cara. To stay true to his roots while promoting the mixtape, he created "Can I Sing for You?" videos on YouTube in which he performs his written songs in acoustic to people in public. In 2019, he recorded two singles with Spotify Studios NYC, one of which was a cover of Eminem's "Stan". He performed at the music festival KAABOO in Del Mar, CA in 2019.


Benjamin's debut album These Two Windows was released on May 29, 2020. The album reached number 75 on the US Billboard 200. The album features the single "Oh My God"; the song did not enter the Billboard Hot 100 chart but peaked at number 32 on the Mainstream Top 40 chart and at number 26 on the Adult Top 40 chart.. To promote the album, he brought back "The Story Behind the Story" videos on YouTube, a series he started with the original versions of "I Built a Friend" and "Water Fountain". The videos explain the background and the lyrics behind some of his biggest songs. His second album, Commentary, followed on April 15, 2022.


This article uses material from the Wikipedia article "Alec Benjamin", which is released under the Creative Commons Attribution-Share-Alike License 3.0.