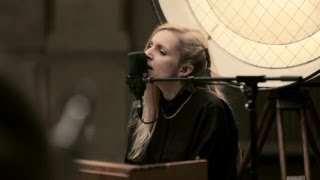 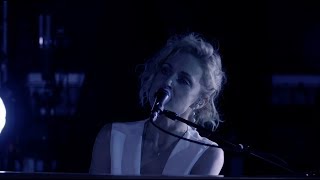 
Agnes Caroline Thaarup Obel is a Danish singer, songwriter, and musician. Her first album, Philharmonics, was released by PIAS Recordings on 4 October 2010 and was certified gold in June 2011 by the Belgian Entertainment Association after selling 10,000 Copies. At the Danish Music Awards in November 2011, Agnes Obel won five prizes, including Best Album and Best Debut Artist.Citizen of Glass, her third album, received the IMPALA Album of the Year Award 2016. Agnes Obel's song "Riverside" was featured on the Spike TV series The Mist in Season 1, Episode 2, "Withdrawal". "Riverside" has also been featured on Grey's Anatomy, Ringer, the British TV show Lovesick, the Australian comedy-drama Offspring, and the Danish series, The Rain, in Season 1, Episode 2. Her song "Familiar" was featured on an episode of the German TV series Dark, the video game Dark Souls III: The Fire Fades Edition trailer and is the theme song to the Canadian TV series Cardinal.


Agnes Obel was born in Gentofte, Copenhagen. She and her younger brother, Holger, grew up in an unconventional environment, with a father who had three children from another marriage. He loved to collect strange objects and instruments. Her mother, Katja Obel, was a jurist and musician and she used to play Bartók and Chopin on the piano at home. Agnes learned to play the piano at a very young age. About her learning, she says: "I had a classical piano teacher who told me that I shouldn't play what I didn't like. So I just played what I liked. I was never forced to play anything else."


During her childhood, she found inspiration in Jan Johansson's work. Johansson's songs, European folk tunes done in a jazzy style, have been a strong influence on her musically.


In 1990, she joined a small band as a singer and bass guitar player. The group appeared in a festival and recorded some tunes.


In 1994, she had a small part in the short film The Boy Who Walked Backwards / Drengen der gik baglæns by Thomas Vinterberg. Her brother, Holger Thaarup, played the main character in the movie. Credited as Agnes Obel, she appears in two scenes. She plays a pupil who shares her table with the new student Andreas .


She attended high school at Det frie Gymnasium, a free school where she was able to play a good deal of music. However, she quickly dropped out of school. "At seventeen, I met a man who was running a studio. I gave up quickly my musical studies to learn sound techniques."


This article uses material from the Wikipedia article "Agnes Obel", which is released under the Creative Commons Attribution-Share-Alike License 3.0.