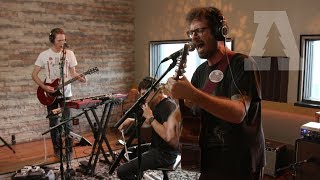 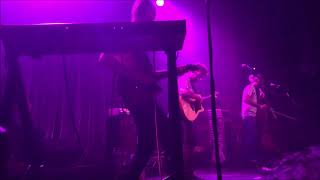 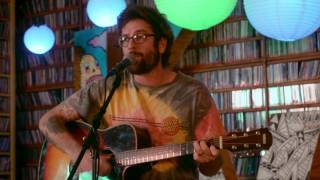 
AJJ was formed by Sean Bonnette, Ben Gallaty and drummer Justin James White, who left the band soon after. They recorded the band's first LP, Candy Cigarettes & Cap Guns, released through the Audioconfusion Manifesto label in 2005.


On April 15, 2006, the band played as part of the 2006 New Times Music Showcase, nominated for Best Americana Band, and won a Best of Phoenix award later that year.


They released a split LP with Ghost Mice on Plan-It-X-Records in 2007. Following this, Asian Man Records issued their second full-length album, People Who Can Eat People Are the Luckiest People in the World, on September 11, 2007.


In 2008 the band was a part of the Asian Man Records "Making Punk Fun Again" tour with The Queers, Bomb the Music Industry!, Lemuria, and Kepi Ghoulie. 2008 also saw the release of "Only God Can Judge Me", a mostly acoustic EP on Plan-it-X Records.


In 2009, the band's third record, Can't Maintain, was released by Asian Man Records. They toured the US with Kepi Ghoulie and Partners in 818, and had to say goodbye to their van, named Wolfenstein 3D: The Van. At this point, the band consisted of Bonnette, Gallaty, Deacon Batchelor on drums, and Preston Bryant on guitar and keyboards.


In 2010, the band toured the US with Blunt Mechanic, Europe with Kepi Ghoulie, and the west coast with Royal Monsters.


This article uses material from the Wikipedia article "AJJ", which is released under the Creative Commons Attribution-Share-Alike License 3.0.